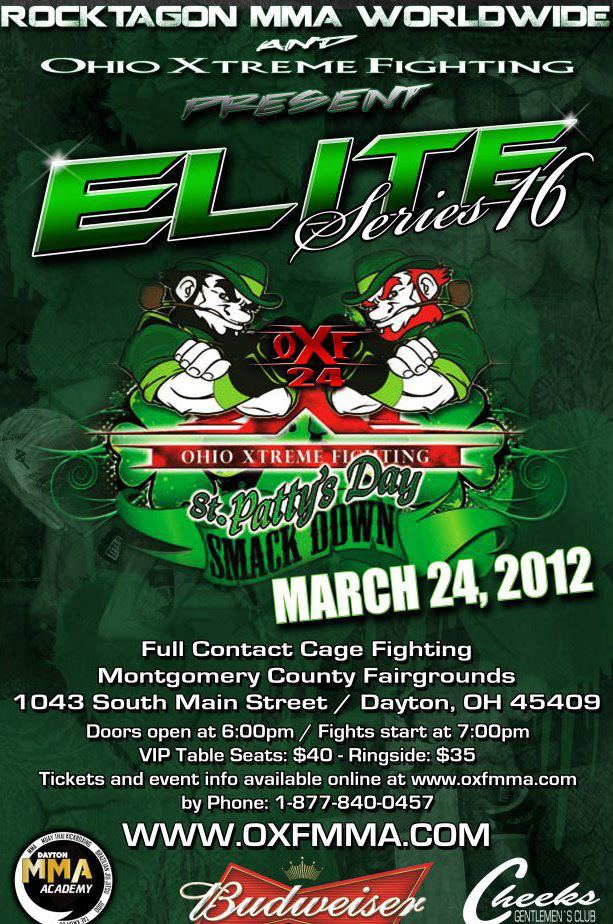 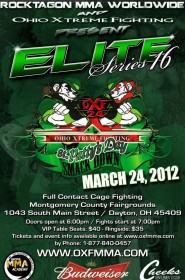 Rocktagon MMA President Michael Patt, also the promoter of this event, is excited about the quality of athletes competing Saturday. “This fight is full of solid up-and-comers,” Patt says. “We have some of the best amateur talent in the region. They are young and hungry…I expect many of them to make their mark in the championship series.” Rocktagon MMA amateur fighters compete to earn the opportunity to advance to the Regional and National Championships with a possible run at the first-ever amateur National Title.

The main event is the highly anticipated rematch between Rocktagon MMA Lightweight Champion Rob Hanna (12-2) and Brice Kellem (7-2). When the duo first met in December 2010, it was Hanna who walked away with the victory after a rear naked choke submission. Kellem will be looking for revenge Saturday when he goes head-to-head against Hanna, whom he considers the only opponent to“truly beat me” in the cage. “I look forward to winning,” he says. “[Hanna’s] fought the same way every single time; I’m going to use what I know to my advantage.” Hanna knows Kellem will be out for blood but he is ready for the challenge. “I feel really good. I am confident,” Hanna remarks. “I know he’s a submission guy and he will try to settle the score via submission but I’m not worried.” ELITE 16 will be Hanna’s final event as an amateur. “I am at the top of the amateur division and I’m ready to take it to the next level,” he explains. MMA fans don’t want to miss this one!

Travis Moore will defend his OXF Featherweight Title against Hussein Hmood in the co-main event of the night. Moore is confident about his ability to keep the title. “We’ve had a lot of world class training,” he explains. “I’ve had top training from Mike Sheppard, Bryan Atterson, and Andre Galvao…as well as Jason Cable. It’s helped a lot.” Hmood isn’t worried about fighting a reigning champ. “I’ve had seven fights so far,” he says. “I’ve faced the #1 guy in Ohio and the #1 in Indiana. This is just another fight.” Hmood says his strength is his belief in himself and his abilities, “It’s mental; I believe I’m better…people will know when they see me. I’m a fighter. Win, lose, or draw – I give it my all.” The winner of this match-up will get a chance to fight the Rocktagon MMA East Coast Regional Featherweight Champion Shawn King for the rights to that belt.
The crowd will be on the edge of their seats for the remaining bouts on the card:

Rocktagon MMA, founded in 2010, is dedicated to taking skilled fighters from obscurity to the national level by helping them build a strong presence in the MMA arena. It is the only amateur national fight series in the country and will hold events in multiple states this year before concluding the season with amateur Regional and National Championships.