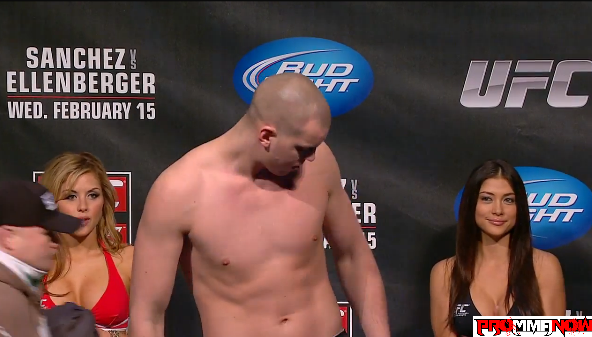 It took a round to get going, but once Stefan Struve found his rhythm, he also found his finish, taking out Dave Herman by TKO at 3:52 of round two.

Herman used kicks and multiple-punch combinations to take an early lead in the fight, beating Struve to the punch during most of the exchanges. He continued his momentum throughout, continuing to score with leg kicks and crisp right hands to finish off a very strong first round.

The second started like the first, with Herman firing off combinations to start. After an exchange, Struve clinched and earned a trip takedown, landing in full mount and it appeared that the tide was about to turn in the bout. Herman rolled, giving up his back, but Struve was unable to control and remain in a dominant position from the top as he was shaken off.

After both fighters got back to their feet, Struve started to land the cleaner strikes during the exchanges. He then came forward with a big kick to the body forcing Herman to retreat. Struve continued to come forward and fired off an inside leg kick followed by a thunderous uppercut that floored Herman.

Once there, Struve advanced to a very high full mount position and poured on the punches from the top. Herman covered up but failed to adequately defend himself as the referee warned of a stoppage. Struve continued to pour on the punishment from the top, forcing referee Josh Rosenthal to step in and stop the fight.