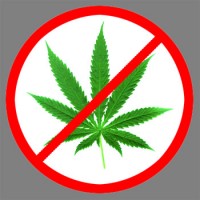 Keith Kizer, Executive Director for the Nevada State Athletic Commission (NSAC), has confirmed with ProMMAnow.com (www.prommanow.com) via email at least one fighter from this past Saturday’s “UFC 143: Diaz vs. Condit” card in Las Vegas has failed their drug test.

Kizer stated he is still waiting for all the steroid and drug test results to come back but he will address the positive test later today.

If you have been following the Nick Diaz-Carlos Condit rematch news then you can already probably connect the dots on at least who the fighter is that tested positive. Stay close to ProMMAnow.com as more information becomes available on this developing story.

Updated (7:21 p.m. ET): UFC President Dana White has now also commented on Diaz testing positive for marijuana in this statement sent out via email by the UFC PR department:

“I am beyond disappointed that he tested positive for marijuana. It is now in the hands of the Nevada State Athletic Commission.”