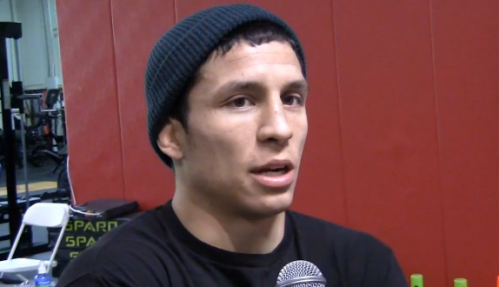 It has been a long time coming and now it is here; the UFC officially has a flyweight (125 pound) division. Following UFC 140 Saturday night, UFC President Dana White announced they will host a four-man 125 pound tournament starting March 3, with the winner being crowned the first UFC flyweight champion.

In the second semifinal match-up on March 3, number one ranked flyweight Yasuhiro Urushitani, the current Shooto world champion, will take on Team Alpha Male’s Joseph Benavidez, who is currently ranked as the number three bantamweight in the world, and is undefeated inside the UFC Octagon.

Urushitani (19-4-6), age 35, has spent nearly his entire career fighting in Japan under the Shooto banner. He has won his last five bouts, including his last two by knockout. He has held his Shooto title since May 2010.

Like Johnson, Benavidez (15-2)  has been holding it down at bantamweight even though he is built more for the flyweight division. And like Johnson and McCall, his last loss was also to Mr. Cruz. Since then, Benavidez has won three in a row, and is 2-0 inside the UFC Octagon.

This flyweight tournament will be part of the UFC on FX 2 card scheduled to take place at Allphones Arena in Sydney Australia on Sunday, March 4. Due to the time difference, it will actually air here in America on Saturday night, March 3. A welterweight bout between Martin Kampmann and Thiago Alves is also scheduled for the card.

Stay tuned tuned to ProMMAnow.com and our Upcoming Events page as more bouts are announced for UFC on FX 2.