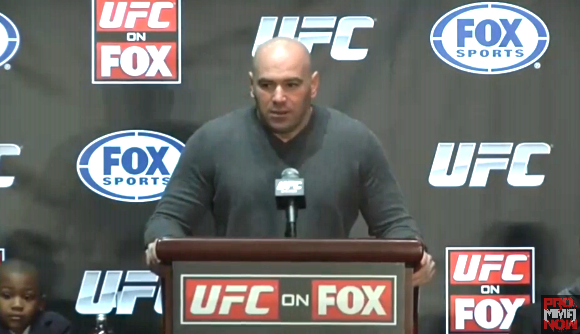 Fight week, blog week! UFC President Dana White takes viewers behind the scenes of UFC 139 which featured the epic war between Shogun Rua and Dan Henderson. Also provides behind the scene footage of fighter walkouts, post-fight activity in the cage, and interactions fighters backstage after they had just gone to war. Former champion Lyoto Machida will be taking on UFC light heavyweight champion Jon Jones in the main event in the main event of UFC 140 LIVE in Toronto, Ontario, Canada, this Saturday night!