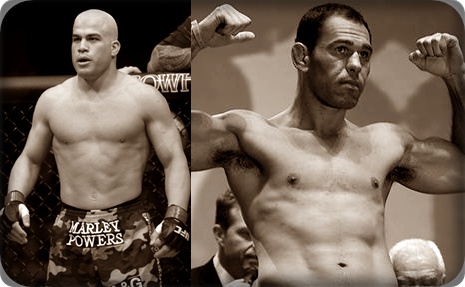 The UFC 140 event features a light heavyweight fight between former champion Tito Ortiz and former PRIDE standout Antonio Rogerio Nogueira. It’s a fun bout between two veterans clearly on the downside of their respective careers. This is arguably the toughest fight to preview on the entire main card in my opinion. Let’s get to work.

Antonio Rogerio Nogueira comes into this fight with an overall career record of (19-5) with six wins via submission and five wins via TKO/KO. Nogueira was last seen in action in March of this year losing a competitive fight to up and coming prospect Phil Davis. Nogueira also dropped a unanimous decision to a similar fighter in Ryan Bader in September 2010. He needs a win badly at this stage of his career which adds to the intrigue of this fight. Nogueira is solid everywhere with good boxing, good jiu-jitsu, and a granite chin as he’s only been knocked out once in his career.

Tito Ortiz comes into this fight with an overall record of (16-9-1) with eight wins via TKO/KO and three wins via submission. Ortiz was last seen in action getting dismantled by former UFC light heavyweight champion Rashad Evans at UFC 133. It should be noted that Ortiz took that fight on about two weeks notice, and was coming off the huge upset win over Ryan Bader at UFC 132 a month earlier. Ortiz’s career has been well documented in that he has suffered major neck and back injuries while going under the knife multiple times in an effort to repair them. He went almost five years without a win(0-4-1), but it should be noted that he was fighting top fighters during this time span and was only finished once. Ortiz has solid standup, a great chin, and a very underrated submission game.

At these odds I would put money on Ortiz in a heartbeat as Nogueira has always had problems with fighters that possess solid wrestling and submission defense.

Let’s get this out of the way in regards to how each fighter could possibly win, and I’m purely talking percentages here as I often do. The likelyhood that either Ortiz knocks Nogueira out or Nogueira wins via submission are relatively low. The odds that Ortiz wins via submission are pretty low. If this fight goes to the judges the percentages go way up in favor of Ortiz. I know I mentioned that Ortiz has a great chin, but Nogueira does pack solid power and could hurt Ortiz and finish him on the ground ala Chuck Liddell.

Which leads us to how this fight will play out. Nogueira simply needs to keep this fight standing and use his boxing to get the better of Ortiz standing. While Ortiz has solid striking skills, Nogueira has the edge here as well as the power advantage. However, to do this Nogueira will have to be able to shutdown the wrestling game of Ortiz which is something Nogueira has had problems with over the years. Ortiz simply needs to strike enough to set up his takdowns and then unleash his patented ground and pound attack for the easiest path to victory. Ortiz has stated that he wants to stand with Nogueira but that’s just fighter talk. Ortiz is very good from the top position while on the ground and is well versed in submissions himself so he should be fine working inside Nogueria’s guard or the half guard position as Phil Davis did.

This is pretty much how the fight will play out in my mind. Nogueira will want to keep the fight standing while Ortiz will be looking for the takedown. The only question I have is where exactly is the cardio of Tito Ortiz? He hasn’t looked good at all in past fights as the fights have gone into the later rounds. I question if he would have the cardio to take Nogueira down in the second and third rounds, and that’s probably why Nogueira is the betting favorite. However, I think he can do enough to take two rounds on the judges scorecards to win a decision.

I look for Ortiz to take the upset win and then fight Forrest Griffin at some point next year to complete that trilogy and then call it a career.