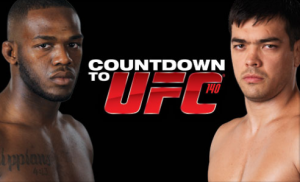 “Countdown to UFC 140” goes in-depth with the storylines behind the three big fights headlining the UFC 140 fight card taking place this Saturday, Dec. 10, at the Air Canada Centre in Toronto, Ontario.

In the co-main event, former UFC heavyweight champions Frank Mir and Antonio Rodrigo “Minotauro” Nogueira will face-off as they both try to work their way back toward title contention.