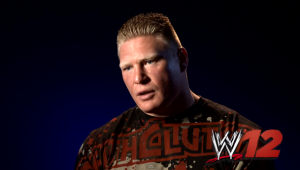 In one of the first interviews since undergoing surgery to remove a portion of his colon, Lesnar talks about his return to health, his pro wrestling days, the new WWE video game, Alistair Overeem and his desire to once again become the UFC heavyweight champion. He’s back!