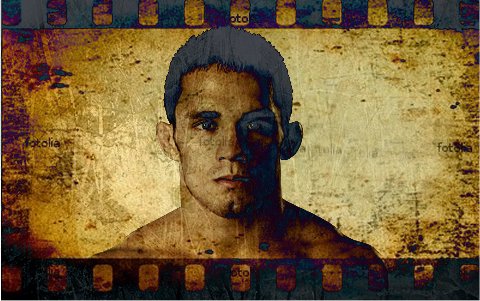 It had been over ten years since Jake Shields had been finished in a fight. Tonight, Jake Ellenberger did just that, needing less than a minute to earn a stunning TKO victory over Shields.

The knees dropped Shields, and Ellenberger pounced, landing six unanswered left hands before the referee could intervene and stop the fight.

As Ellenberger (25-5 MMA, 5-1 UFC) celebrated, Shields continued to fight, trying to secure the leg of the referee, clearly showing that he was still hurt from the strikes.

“I can’t explain how I feel right now,” said Ellenberger. “I gotta thank my team, my coaches. I’m surrounded by amazing people.”

After two uneventful rounds that saw both guys land their fair share of strikes in very close action, the third round got very exciting very first after Yang landed a looping left hand that dropped McGee.

As McGee scrambled to his feet, Yang came flying in range landing a huge knee before working McGee to the ground and taking his back. McGee managed to shake off the cobwebs, and Yang as well, as he made his way back to his feet.

Yang continued to land stiff left hands and inside leg kicks as McGee came forward looking to clinch. Yang was able to shake off the take down attempt, but McGee remained on the attack, landing a short uppercut before finally securing a take down.

Once there, Yang was able to briefly escape trouble and get back to his feet. McGee shot again, and once again got the take down, quickly moved to mount, and locked up a tight mounted guillotine as the bell sounded on the bout.

It was a gritty performance from McGee, who was awarded the unanimous decision victory, moving to 14-1 overall, and a perfect 3-0 in the UFC.

It wasn’t pretty, but it was effective.

Erik Koch was able to neutralize the take downs and land effectively enough through three rounds to earn a unanimous decision victory over Jonathan Brookins.

Koch was unable to launch his usual arsenal of stand up strikes due to Brookins repeatedly going for the take down and tying him up against the cage. Koch thwarted all of the take down attempts of Brookins in the first round, and managed to break free from the clinch enough at times to land stiff jabs and mix in effective leg kicks.

Brookins got his take down in the second frame, but couldn’t capitalize on top as Koch used wrist control and an active guard to stall the action and make his way back to his feet. Once there, Koch got on track with his jab, landing it repeatedly along with multiple one-two combinations that found their mark.

The final frame was much like the previous rounds, and boos started to erupt whenever the action slowed or stalled. Brookins managed another take down but once again failed to launch any type of offense once on the ground. In the end, the judges scored the bout 30-27, 29-28, and 30-27, all in favor of Erik Koch.

Alan Belcher delivers a one-sided beat down of Jason MacDonald

Alan Belcher has been out of action for about 16 months but you never would have known it.

After two surgeries and nearly losing his career due to a severe eye injury, Belcher came back with a vengeance, putting away Jason MacDonald with a brutal first-round TKO.

Belcher started quickly with double and triple jabs forcing MacDonald to try to get the fight on the ground early in the first. After a brief time in the clinch, MacDonald locked his hands and went for a body lock take down but ended up on his back with Belcher on top.

From there, Belcher went to work, teeing off from the top with big right hands, and short, grinding elbows. MacDonald tried to work his very dangerous ground game from his back, but Belcher maintained control from the top, unleashing a brutal barrage of ground and pound. MacDonald wilted under the attack, and verbally submitted, giving Belcher (17-6 MMA, 8-4 UFC) his third consecutive victory in the Octagon.