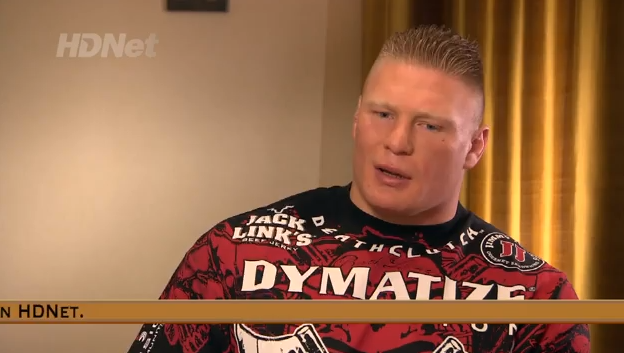 All the people fearing that Brock Lesnar would never return to the octagon can now breathe a sigh of relief as the former champion put that to rest in the above video that was recently released. (Warning: if you are an animal lover there are a couple of scenes of prairie dogs getting shot).

Lesnar said, “Right now it’s one day at a time for me. My health is 100%. I feel great. I believe there’s still a bright future in the UFC for me.”

Of course, we haven’t seen Lesnar in action since getting pummeled by the current UFC champion Cain Velasquez back at UFC 121 losing via TKO in the first round. Afterwards, Lesnar had to pull out of a scheduled fight with now #1 contender Junior dos Santos because the diverticulitis he was dealing with flared back up forcing him to have surgery in May of this year.

Lesnar had about one foot of his colon removed. Although Lesnar says he’ll return to the Octagon, there’s no timetable on when that will happen at the present time. However, the rumor mill is that he’ll return in the first quarter of 2012.

It would be a welcome addition to Zuffa as their PPV sales are down about 25% compared to this time last year with Lesnar being the biggest PPV draw in MMA. Who would you like to see Lesnar face in his UFC return, and do you believe the former champion can make another run at the title?

3 thoughts on “Brock Lesnar: “I still believe there’s a bright future in the UFC for me””