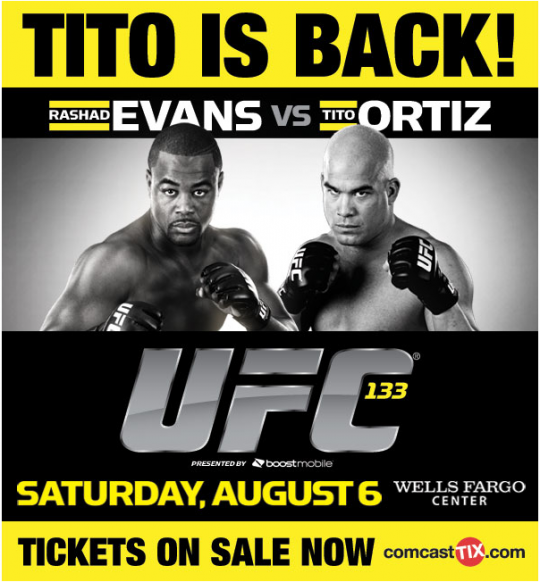 White explained details of Phil Davis‘ injury and why he was forced to withdraw from his Aug. 6 bout with Rashad Evans. White also clarified the circumstances that led to former UFC light heavyweight champion Tito Ortiz filling in for Davis.

Former light heavyweight champ Lyoto Machida had originally agreed to take Davis’ spot, but later recanted after the UFC refused to give him “Anderson Silva money” to take the short notice fight.

White also confirmed two middleweights contacted him requesting to fight Evans once word of Davis’ injury got out. Those two 185-pounders were Chris Leben and Chael Sonnen; both were eager to get a shot at the 205-pound top contender.

Listen to the UFC 133 conference call with Dana White below: