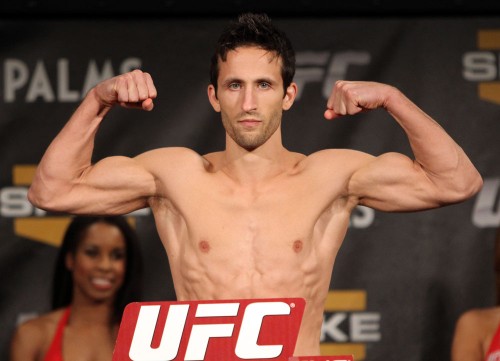 The UFC has announced a bantamweight contest between Ken Stone and Donny Walker for the upcoming UFC Fight Night 25 event. The card takes place at the Ernest N. Morial Convention Center in New Orleans.

The headliner will be a welterweight contest between number-three ranked Jake Shields and Jake Ellenberger, which is expected to be the first non-title five-round fight in UFC history.

Stone made his WEC last December with a 9-1 record. However, in his debut, Eddie Wineland finished him with a vicious slam that left Stone motionless for several moments. After the WEC-UFC merger, the American Top Team fighter made his UFC debut against Scott Jorgensen. Stone looked strong earlier, but Jorgensen finished the bout with heavy strikes from the top position late in the first round.

Walker looks to get back in action quickly after making his UFC debut earlier this month at UFC 132. In that fight, Jeff Hougland handed Walker his first defeat since 2008. Prior to coming to the UFC, Walker’s biggest victory come over Bellator veteran Kenny Foster in 2010.