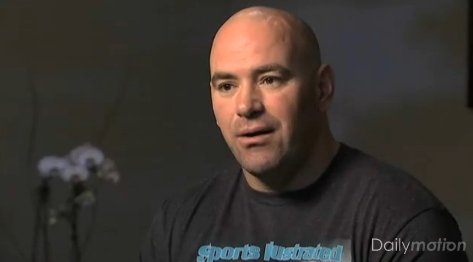 When you write about MMA, you get texts from friends before every big UFC event. Last night’s UFC Live 4 card was no exception. The odd last-minute main event switch prompted a deluge of messages as soon as Stephan Bonnar‘s raspy voice hit the air.

Pretty much everyone wanted to know why Nate Marquardt was pulled off the card. We know that it has something to do with his failed medicals and that UFC president Dana White is not happy about it. I directed my police officer friend to the cell phone video of White venting.

White managed to refrain from the colorful language that has gotten him into trouble in the past, but he still fired a nearly six-year employee in a cell phone video while wearing a t-shirt. This did not sit well with my police officer friend. After all, cops enjoy some of the strongest union protection.

I assume that Marquardt has gotten himself into some pretty hot water. However, that is not really the point. When it comes to the UFC, there is no due process, no appeals process and no recourse. If you irk the bald expletive machine, you better check youtube to see if you have been fired.

In May, the UFC announced that all fighters under contract would receive health insurance that would cover training injuries and accidents. In a lot of ways, this silenced calls for a fighter’s union. The fact that the promotion gives fighters insurance, does not change the fact that their number one goal is making money.

Several high-profile MMA websites have “uncovered” the fact that union involvement has tried to prevent legalizing MMA in New York. White even said “union idiots” are fighting against him. Why does this shock people? Unions, by definition, fight for the rights of workers. The UFC and the Fertitta brothers’ other business venture, Station Casinos, have a less than stellar reputation when it comes to dealing with labor.

In 2008, Jon Fitch and a few other American Kickboxing Academy fighters refused to give up their image and likeness rights in perpetuity. The following quote from White to Yahoo! Sports’ Kevin Iole was the result. Oh yeah, Fitch was also released.

“We’re looking for guys who want to work with us and not against us, and frankly I’m just so [expletive] sick of this [expletive] it’s not even funny. Affliction is still out there trying to build its company. Let [Fitch] go work with them. Let him see what he thinks of those [expletives]. [Expletive] him. These guys aren’t partners with us. [Expletive] them. All of them, every last [expletive] one of them.”

MMA should be legal and regulated everywhere. However, making labor unions the enemy in New York is backwards. These business practices are exploitative. As previously stated, unions are designed to advance the rights of workers. Perhaps White and the promotion should look at the way they do business instead of looking for someone to blame.