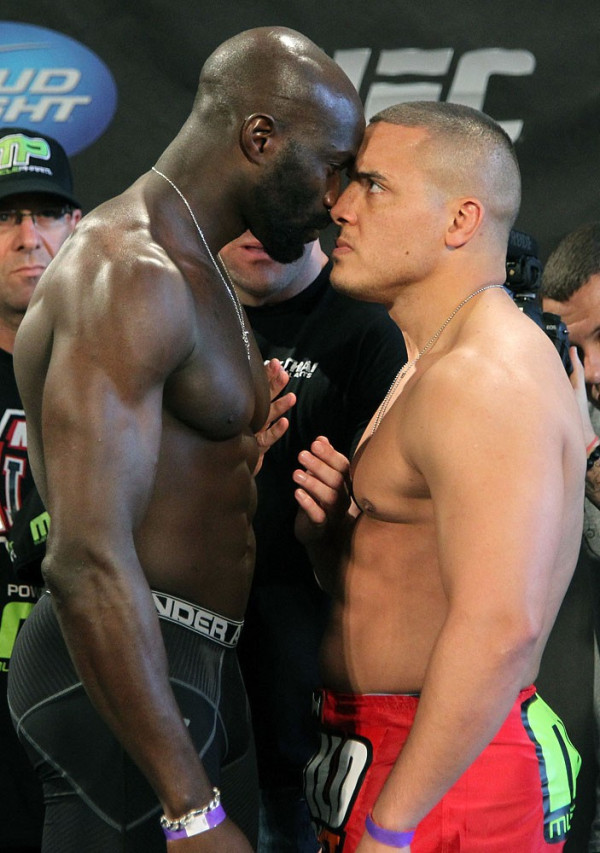 ProMMAnow.com (www.prommanow.com) will provide the LIVE weigh-in results, fighter-by-fighter, as they step off the scales.

Due to technical difficulties, the weigh-ins will not be streamed LIVE, however, an archive video of the proceedings will be made available shortly afterward and can be viewed in our UFC Room.

Story was originally scheduled to fight Nate Marquardt in the main event, but after Marquardt failed his pre-fight medical exam,  Brenneman was brought in as a last minute replacement.

The weigh-in results are as follows: