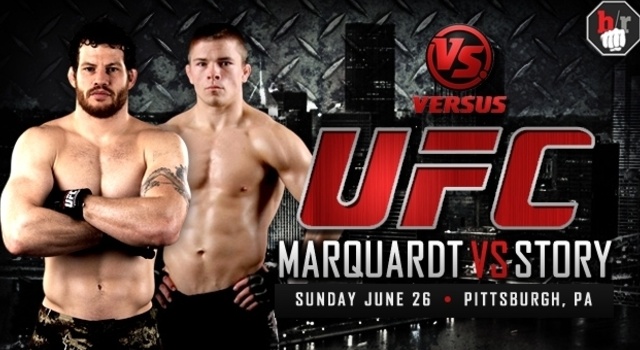 We just keep the ball rolling from event to event here at Pro MMA Now as we head into coverage for the UFC Live 4 event that will take place in Pittsburgh, Pennsylvania on Sunday night. The event will be headlined by a welterweight clash between Nate Marquardt and top ten fighter Rick Story. This will be Marquardt’s welterweight debut after fighting as a top 5 middleweight the past couple of years. This will be Story’s second fight in a month as he is coming off the biggest win of his career against highly ranked Thiago Alves at UFC 130. Let’s take a look at five huge questions going into the event:

Does Rick Story earn a title shot with a dominant win over Nate Marquardt?

Who is the better kickboxer between Cheick Kongo and Pat Barry?

Can Matt Mitrione make some noise in the heavyweight division with a win over Christian Morecraft?

Is it do or die for both Tyson Griffin and Joe Stevenson?

Be sure to check Pro MMA Now each day for UFC Live 4 fight previews beginning with Matt Mitrione vs. Christian Morecraft later today!