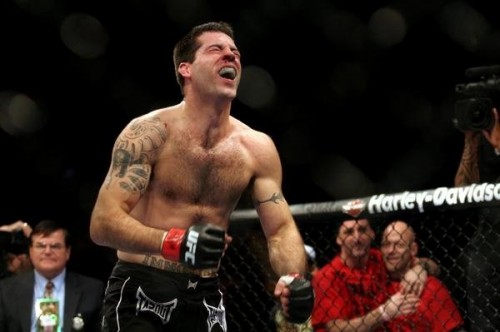 Welterweight contender Martin Kampmann has been forced out of his date with John Howard at UFC Live 4 with an undisclosed injury. Multiple media sources have reported that TUF 7 veteran Matt Brown will step in for Kampmann.

UFC Live 4, also known as UFC on Versus 4, takes place June 26 at the Consol Energy Center in Pittsburgh. In the main event, Nate Marquardt will fight at welterweight for the first time in the UFC against top-ten ranked Rick Story.

Brown is probably desperate for a win after dropping three straight fights. He began his UFC run with a respectable 4-1 record including a knockout over TUF champion James Wilks. However, in 2010, he fell victim to submissions from Ricardo Almeida, Chris Lytle and Brian Foster.

Howard will also be trying to change his luck later this month. After winning his first four fight in the UFC, he has now lost back-to-back contests to Jake Ellenberger and Thiago Alves. Howard is known for his long running feud with fellow UFC welterweight Anthony Johnson. A win here could set up the potential fight.