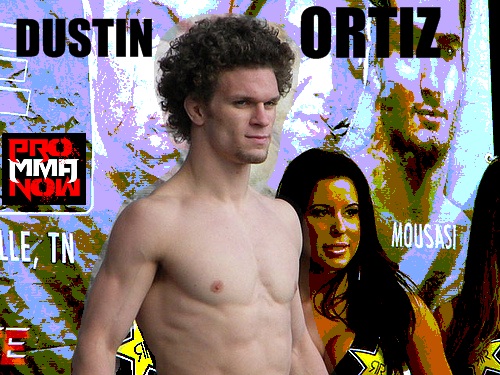 During Wednesday’s Afternoon Press Box, Darren and the boys were joined by unbeaten flyweight Dustin Ortiz (7-0), who faces the biggest test of his career, in the biggest fight of his career, when he takes on number the three ranked 125-pounder in the world, Ian McCall (9-2) this Friday in the Tachi Palace Fights 9 main event.

Ortiz is a two-time Strikeforce veteran and Nashville MMA product who has finished all seven of his opponents; three by knockout, four by submission. Be sure to tune into ProMMAnow.com Friday evening at 8:30 p.m. ET for LIVE coverage of Tachi Palace Fights 9.

Afternoon Press Box (follow on Twitter @Nashville_MMA) features an MMA hour which airs LIVE each Wednesday afternoon from 2 p.m. – 3 p.m. CT on Nashville Sports Radio on 560 WNSR AM. It is one of the very few mixed martial arts shows you can listen to on traditional radio.