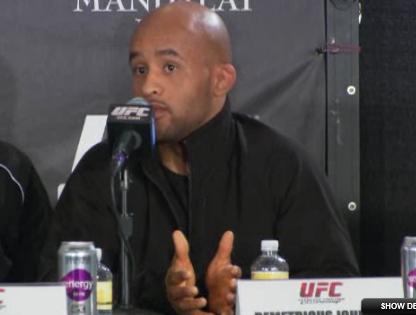 Zuffa has officially announced all of the details. The event takes place on May 28 at the MGM Grand Garden Arena in Las Vegas.

Johnson is coming off the biggest win of his career. At UFC 126, he took a unanimous-decision victory over Norifumi “Kid” Yamamoto. He has now won three-straight fights under the Zuffa banner since dropping his WEC debut to Pickett in 2010.

Going into WEC 42, Torres was considered a top pound-for-pound fighter and virtually unbeatable in the bantamweight division. However, hard-hitting Brian Bowles needed less than a round to knock him out and take his title. Torres submitted to a guillotine choke in his next contest against Joseph Benavidez to drop back-to-back fights for the first time in his career.

After making changes in his training regimen, Torres has returned and picked up back-to-back wins over Charlie Valencia and Antonio Banuelos.

Headlining UFC 130 is a UFC lightweight championship bout. Frankie Edgar will defend his bout against Gray Maynard for a second time. The lightweights drew with the belt on the line at UFC 125. Maynard handed Edgar his only career defeat back at UFC Fight Night 13 in 2008.