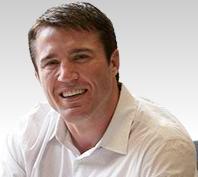 A few months after Chael Sonnen entered a plea of guilty on one count of money laundering, word comes from MMAFighting.com that Sonnen has received a sentence of two years probation and fined $10,000.

The UFC suspended Sonnen’s contract for an indefinite period following his guilty plea. Prior to the suspension, he had been scheduled for a bout at UFC 128 against Yoshihiro Akiyama, which took place right after the end of Sonnen’s six-month suspension for failing a post-fight drug test.

Sonnen last competed on Aug. 7 at UFC 117, dominating Anderson Silva for more than four rounds before succumbing to a late triangle choke submission.