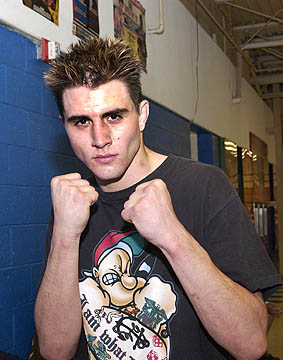 Both fighters have verbally agreed to the bout according to a UFC.com report.

UFC President Dana White commented that a win for Kim would break him into the top 10 and a win for Condit would move him one step closer to a 170-pound title shot.

Condit (26-5) has lost only one fight since 2006, a split decision loss to Martin Kampmann in his UFC debut at UFC Fight Night in Nashville in April 2009. Since then he has won three straight, most recently knocking out Dan Hardy at UFC 120 last October.

Kim (14-0-1, 1 NC) remains undefeated in his pro MMA and UFC career. A split decision loss to Karo Parisyan in Jan. 2009 was overturned when test results revealed Parisyan had taken painkillers.

Kim holds recent unanimous decision victories over Amri Sadollah at UFC 114 last May and Nate Diaz at UFC 125 in January.