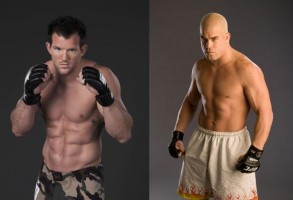 Light heavyweight contender Ryan Bader (12-1) will look to bounce back from his first professional defeat against struggling former champion Tito Ortiz (15-8-1) at UFC 132, according to MMAWeekly.com.

Bader won his first five fights in the UFC, including a knockout win over Vinny Magalhaes to win The Ultimate Fighter 8 competition. However, after a big win over veteran Antonio Rogerio Nogueira, Bader suffered a second round submission loss to current UFC titleholder Jon Jones.

As for Ortiz, his UFC career could be on the line, with the “Huntington Beach Bad Boy” having lost four of his last five. Ortiz’s last win came in 2006 against Ken Shamrock.

UFC 132 is set to go down on July 2 in Las Vegas, headlined by a rematch between Jon Fitch and B.J. Penn.