Georges St-Pierre gets his own Pay-Per-View special 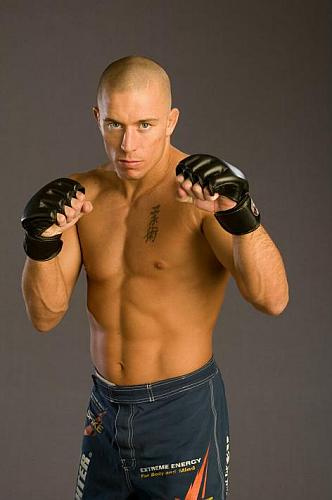 The special entitled “Georges St-Pierre: Rush to the Top” will premiere in April for viewing on both cable and satellite Pay-Per-View for $9.95 on the following dates:

Check listings for replays through the entire month of April and into May.

ISM President Doug Jacobs commented on “Georges St-Pierre: Rush to the Top” in a press release issued on Monday:

“We’re thrilled and privileged to bring this unique footage of St. Pierre, the No. 1 ranked welterweight in the world and reigning UFC champion in the 170-pound division, to MMA fans in the United States. This exciting six-fight package is where it all started for one of the greatest MMA fighters of all-time.”

St-Pierre, the current UFC welterweight champion and one of the top pound-for-pound fighters in the world, boasts a 21-2 record.

He made his pro MMA debut on Jan. 25, 2002 against the previously unbeaten Ivan Menjivar. He went on to defeat Justin Bruckmann, Travis Galbraith, Thomas Denny and Pete Spratt before making his UFC debut against Karo Parisyan in Jan. 2004.