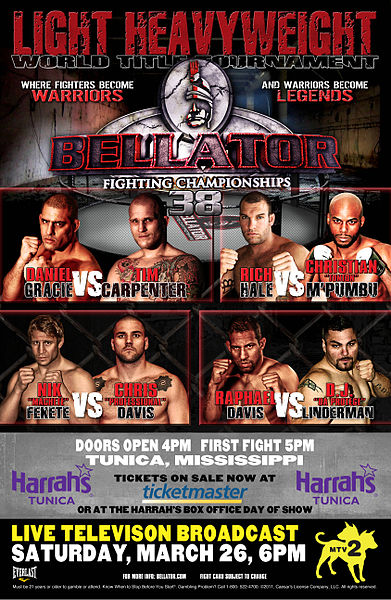 TUNICA, Miss. — The Bellator train keeps a rollin’ as Bellator 38 pulls into Harrah’s Tunica Hotel and Casino this Saturday, March 26, with the opening round of their season four light heavyweight tournament.

In addition to the four tournament bouts on the card, Bellator 38 will also host five local feature fights, including the Bellator and U.S. debut of Sambo master Blagoi Ivanov, who defeated Fedor Emelianenko in the semifinals of the 2008 World Sambo Championships.

The complete fight card for Bellator 38 is as follows: