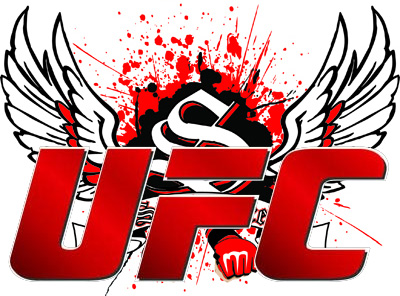 The MMA world was rocked today with the news that ZUFFA, the parent company of the UFC, had purchased Strikeforce.

The UFC has long been considered mixed martial arts’ premiere organization, while Strikeforce was number two, especially in the United States.

MMA is largely an Internet driven industry, and as news of the acquisition spread throughout the interwebs this afternoon, fighters and industry members alike took to Twitter to express their reaction and comment on the biggest change that has hit the sport since ZUFFA purchased Japan’s Pride Fighting Championships in 2007.

@JoshGrossESPN: “The UFC/Strikeforce split is all about contracts. Once they’re fulfilled with Showtime, I’m told a WEC type merger is planned.”

@KingMO_GDP: “I dont care if the UFC bought SF.Coker still my boy. I just want my check after I fight. Yall make it seem like Jordan came outta retirement”

@UFC: “And since we don’t have to hide it anymore we can tell you – Diaz vs. Daley tickets for April 9th are on sale today!”

@BasRuttenMMA: “Wow, UFC does it again, haha, this is crazy!”

@nhbnews: “@mcmahon_brian We’ll see what happens, but I feel like cancelling Showtime now.”

@JoeRogan: “I’m psyched about the UFC buying Strikeforce, and I can’t wait to call those fights! Overeem vs Velasquez, anyone?”

@mauroranallo: “Kudos to my man @arielhelwani for getting the story of the year! Very surprised and I hope things will remain “business as usual”. WOW!”

@JonnyBones: “I just heard about this today, when is this happening? RT @joelheflin: @Jonnybones What are your thoughts on UFC buying Strikeforce?”

@jordanbreen: “Just got an email insisting Dan Severn could beat multiple UFC heavyweights. On any other day, I treat it with drugs. Today, I embrace it.”

@The_Lutfi: “Somewhere Mark Pavelich is thrilled that he can actually claim to be the #2 organization in MMA right now”

@MieshaTate: “Is it really tre Zuffa bought @Strikeforce ?? This could be a good or bad thing for the women, hope it doesn’t change for the worse”

@ArielHelwani: “Everyone keeps asking about Fedor, Daley, Showtime etc. Watch the interview, everything is answered there, my friends.”

@kennyflorian: “Still waiting for WEC to come back into the game & surprise us all by buying the UFC. #HugeUnderdogMove ;)”

@Jon_Anik: “@zlpaschal I think it is great news for MMA and I believe a merger is an eventuality. The UFC just gets it.”

Editor’s Note: Stay tuned to updates on this Tweet list. We will add more interesting Tweets from the MMA community as they become available.