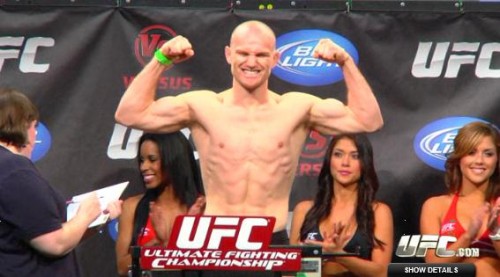 It was a close and entertaining brawl, but if you look at effective striking and damage rather than forward movement, Martin Kampmann did enough to beat Diego Sanchez at UFC Live on Versus 3 tonight. And Diego’s messed up face isn’t the only evidence.

According to Fightmetric, Kampmann had the edge. Not by a country mile, but based on damaging strikes that landed over the entire fight and going round-by-round as the judges are required, Sanchez came up short.

If you ask Bloodyelbow’s Mike Fagan, it wasn’t even close. Sherdog had three guys scoring the bout, and two gave it to Kampmann and one had it a draw. MMAJunkie? They had Kampmann earning the win. (UPDATE: you can now add MMAFighting’s Ben Fowlkes to that list.)

This wasn’t a head-scratching robbery on par with Leonard Garcia over Chan Sung Jung or Nam Phan, but it also wasn’t the close, back-and-forth kind of fight that we saw at UFC 125 between Frankie Edgar and Gray Maynard, which ended up as a draw.

So why bother dissecting the scoring so much here? Because it shows that the flaws in MMA judging aren’t limited to placing too much importance on takedowns — though anyone that gave Sanchez round three because of a takedown that Kampmann immediately bounced back up from could use a refresher course. When you watch a striking battle, you have to take a close look instead of favoring the guy with more volume or straightforward aggression.

As Strikeforce lightweight Jorge Masvidal recently told us, some fans and judges lean toward the guy that’s coming forward and winging punches, but it’s about the strikes that land and do damage. That’s what wins a fight.

Could Kampmann have done some things to make things more definitive? Probably. The numerous factors that go into scoring a fight could make Kampmann vs. Sanchez appear close and debatable. Still, if you ask me who took more damage, the answer is Sanchez. 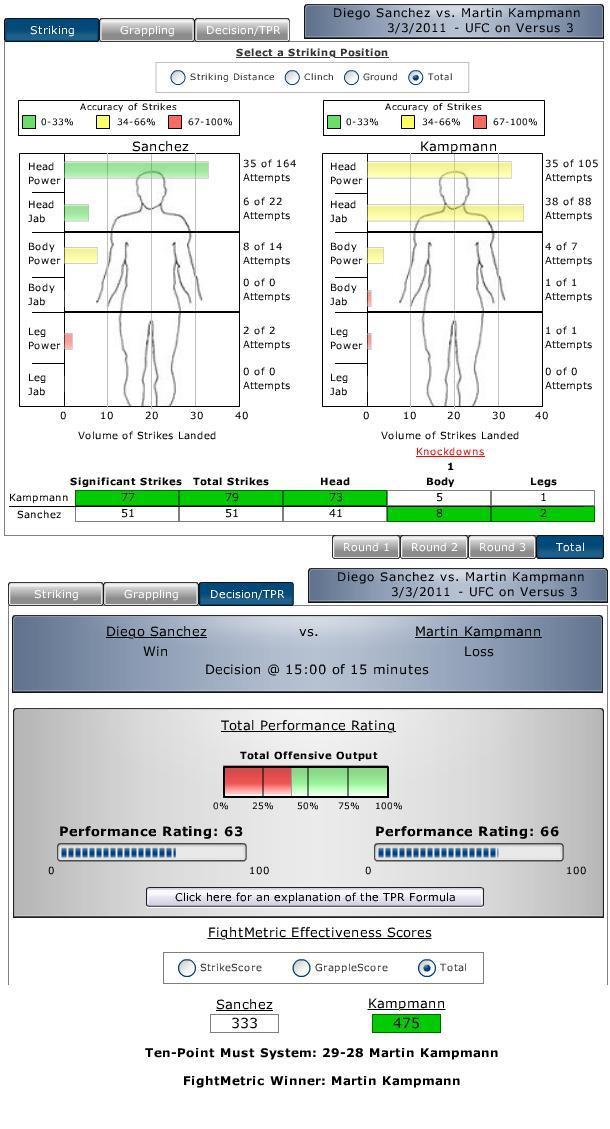 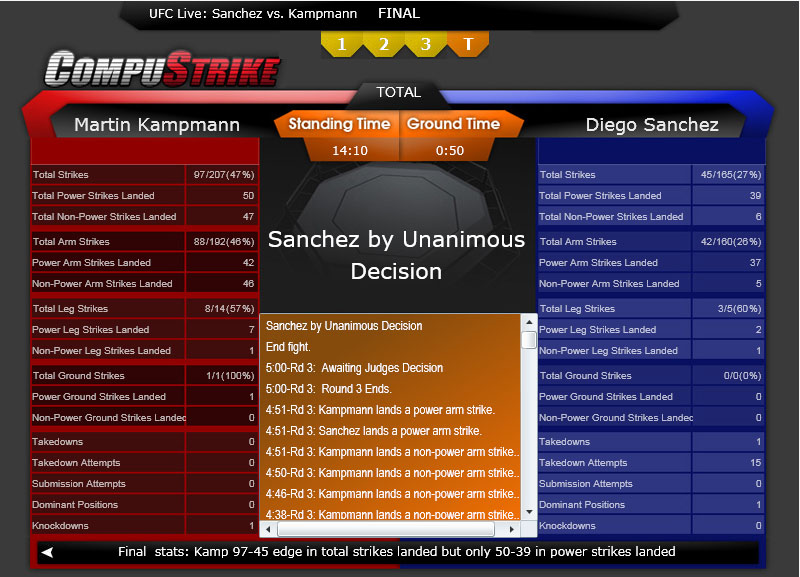