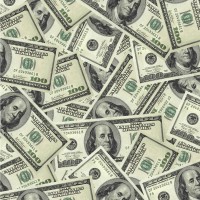 LOUISVILLE, Ky. – The “Fight Night” bonuses were awarded a little differently this time around for tonight’s “UFC Live 3” event.

While Brian Bowles and Shane Roller would earn $40,000 for their awards, Diego Sanchez and Martin Kampmann, who engaged in a brutal and bloody battle that spanned 15 minutes, were given an extra $20,000 for their efforts.

The $60,000 bonus earned by Sanchez and Kampmann for “Fight of the Night” came after a controversial unanimous decision was awarded to Diego Sanchez.

Despite the controversy, the bout was filled with action, and enough blood to satisfy horror flick fans for the night, as both guys battled over 3 rounds to move up the UFC’s welterweight ladder.

Roller was awarded “Knockout of the Night” after catching Thiago Tavares with a straight right hand that put the brazilian completely out before he hit the ground.

Bowles lived a bit of deja vu, submitting Damacio Page with yet another guillotine, just as he did the first time the two met in the cage. For the slick submission victory, Bowles was awarded “Submission of the Night.”