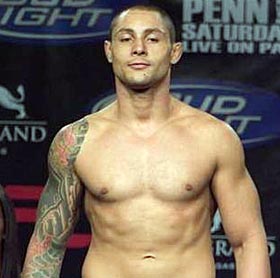 As we reported on Wednesday, the Nevada State Athletic Commission was still processing one urine sample from UFC 125. All the other tests had come back clean.

From all accounts that one sample belongs to UFC light heavyweight Thiago Silva, who won a dominating unanimous decision over Brandon Vera at the Jan. 1 event.

Silva commented to Tatame.com on the situation late last night:

“Looks like they did two tests, one was positive and the other negative. My blood is clean, I’m calm, took nothing.”

ProMMAnow.com (www.prommanow.com) asked for a comment from Nevada State Athletic Commission Executive Director Keith Kizer today regarding Silva’s statements that one test was positive and one was negative.

Kizer said they have gotten only the first sample back, but they will issue a statement when they get the other sample back, although it will probably not be until sometime in early March.

I asked Kizer, “I wonder why he [Silva] said that one [test] came back negative and one positive if you still haven’t gotten it back? Kind of strange right?”

Silva is currently scheduled to fight Quinton “Rampage” Jackson at UFC 130 on May 28. There are some reports that Silva had been injured and would not be able to fight, but he has denied those reports.