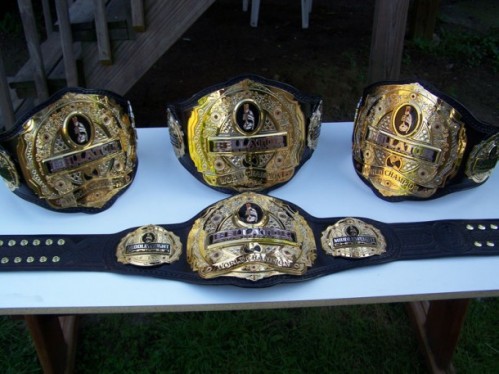 Waachiim Spiritwolf and Jaime Jara are reportedly set to face off on the undercard of Bellator Fighting Championships 35. The card will take place on March 5 at the Tachi Palace Hotel and Casino in Lemoore Calif.

The fight has not been officially announced yet by the promotion. However, Sherdog has reported that both fighters have agreed to the contest.

Spiritwolf made his Strikeforce debut last October and he is yet to win a fight in the promotion. He dropped a decision to Billy Evangelist in his debut. In his next fight, he received a poke to the eye and the fight against Marius Zaromskis was declared a “No Contest.” Spiritwolf’s biggest wins have come against UFC veteran Crafton Wallace and Bellator veteran Brett Cooper.

Jara was a mainstay on Gladiator Challenge cards for years. He received a chance in the big show and fought three times for Elite XC’s ShoXC series. He went 2-1 in the promotion with wins over Jeremiah Metcalf and Givanildo Santana. In his last fight, Jara fell victim to a knockout from Jay Silva. The loss snapped an eight-fight winning streak for “El Cucui.”

Bellator has officially announced the card as the premiere of their fourth season, which will air on MTV2.