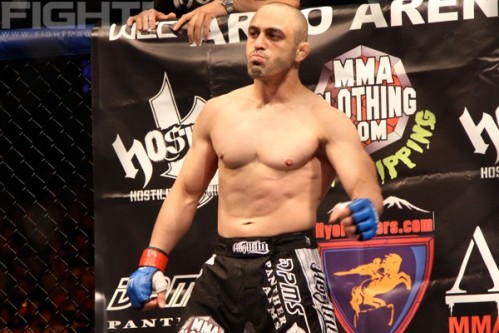 The UFC has announced a featherweight bout between former WEC title challenger Manny Gamburyan and Raphael Assuncao. The two will square off at UFC 128. The card will take place at the Prudential Center in Newark, N.J. on March 19.

In his last fight, Gamburyan challenged Jose Aldo for the WEC featherweight title. After keeping it close in the first round, Gamburyan caught a vicious uppercut from the champion. Aldo seized the opportunity and won the fight with a second-round knockout.

Gamburyan moved to featherweight and the WEC in 2009 after back-to-back losses at lightweight. Before dropping the title fight to Aldo, he had won three-straight fights including victories over a pair of title challengers Leonard Garcia and Mike Thomas Brown.

Assuncao won his first two WEC bouts over Jameel Massouh and Yves Jabouin. He then received the biggest fight in his career against Urijah Faber. The former champion handed Assuncao his first WEC loss with a third-round rear-naked choke. In his last fight, Assuncao got back on track with a decision victory over LC Davis.