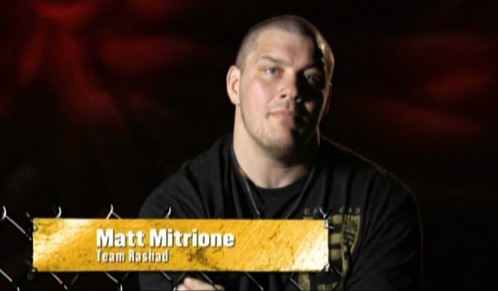 Former Purdue football player Matt Mitrione will continue his heavyweight campaign against Tim Hague. The fight will be a part of UFC Fight for the Troops 2, which takes place on Jan. 22 at Fort Hood in Killeen, Texas.

MMAFighting reported the fight on Sunday. The fight has been subsequently confirmed by a variety of sources.

Mitrione moved his professional MMA record to 3-0 with a decision over Joey Beltran at UFC 119. The former football player made his MMA debut after competing as a member of the 10th season of “The Ultimate Fighter.” His other two wins have come against Internet sensation Kevin “Kimbo Slice” Ferguson and former NFL player Marcus Jones.

Hague will be getting a second chance in the UFC. The promotion released him earlier this year after he went 1-3. Since his release, Hague has gotten back on track. He picked off a pair of wins over Zak Jensen and Travis Wiuff under the Aggression MMA banner.

Also on UFC Fight for the Troops 2, Yves Edwards will take on Melvin Guillard.