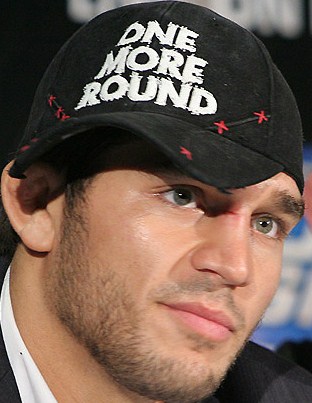 It was two years ago Monday when Canadian middleweight Patrick “The Predator” Cote (13-7) stood toe-to-toe with UFC’ demi-god Anderson “The Spider” Silva in a 185 lb. title fight. Following the bout, Cote posted a video of himself in his hotel room patting himself on the back, even though he lost, for doing what no one in the UFC had done up to that point, survived two full rounds with “The Spider”.

Now two years and two losses since that title fight, Cote has been released from pro MMA’s premiere organization. A little after 2:30 p.m. ET today Cote posted on his Twitter account:

“I had a little hope but finally got the release word from the UFC .. Its been a awesome experience ! I ll be back !!”

Cote lost a unanimous decision to “Filthy” Tom Lawlor (7-3, 1 NC) Saturday night at UFC 121 in Anaheim, Calif. The official results, as well as our own ProMMAnow.com live results, awarded Lawlor all three rounds ending in a 30-27, 30-27, 30-27 complete domination.

Lawlor’s superior wrestling seemed to be the deciding factor in the fight. Cote had no answer for Lawlor’s takedowns and was never able to get his strikes off on the feet where his strongest skills lie.

Prior to the Lawlor fight, Cote was choked out by Alan Belcher at UFC 113 back in May. That is three losses in a row and Cote has to go. It is not the first time Cote has been cut from the UFC, but it very well could be his last.

Any guesses on the next official UFC 121 fallout victim? … Tito?