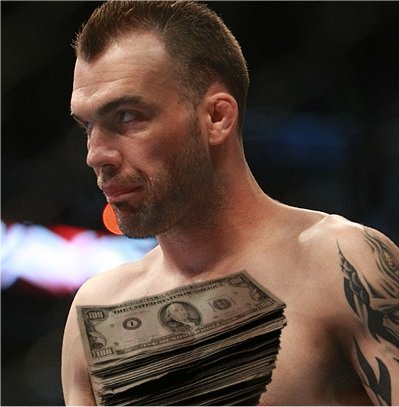 Roop locked up his award with a laser-guided “Zombieland-style” KO of Chan Sung Jung. Using a significant reach advantage, Roop set up the knockout with a stiff jab, followed by a right hand, before uncorking the fight ending kick to the chin, putting “The Korean Zombie” to sleep before he even hit the mat.

Torres, once a dominating champion at 135 pounds, came back and made sure his losing streak was over at two with a big submission win over the very tough and durable Charlie Valencia. It all started with a big overhand right that sent Valencia reeling into the cage. Torres came forward with a head kick, then followed up with a devastating kick to the body that dropped Valencia. It was all but over once it was on the ground, as Torres secured a tight body triangle before cinching up the fight ending rear-naked choke.

Donald Cerrone vs. Jamie Varner. I believe that half of America correctly predicted that these two enemies would end up in the “Fight of the Night.”

The rematch was all Cerrone, who surprisingly dominated the wrestling in the bout, securing 3 take downs to the zero earned by Varner. Cerrone started fast in the first round staggering Varner with a knee to the head, then continued to use a variety of strikes, mixing in wrestling and stellar take down defense to keep Varner guessing the whole fight. Varner continued to battle throughout the bout, but in the end, Cerrone was just too much this time around, winning the fight 30-27 on all of the judges scorecards.