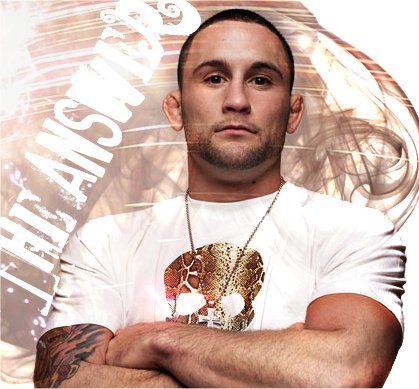 BOSTON – If anybody thought that Frankie Edgar’s victory over B.J. Penn the first time around was a fluke, tonight’s UFC 118 main event proved to the world why Edgar is the reigning UFC lightweight champion.

Despite being the champion, Edgar came into the rematch as an underdog, and few fans thought that a repeat of the first fight would be seen in Boston.

Instead of a repeat performance, Edgar improved on his UFC 112 showing, taking every single round against B.J. Penn, in a dominating and lopsided victory in his first title defense.

Edgar took the fight to Penn throughout the bout, puzzling Penn with his speed and getting in and out before Penn could counter, in addition to using very effective and well timed take downs to keep Penn off balance.

Penn had no answer for the speed of Edgar, and even when Penn finally went for and earned a take down in the fourth, he was unable to control the body of Edgar, even in the dominating position of full mount.

Coming into the final round, Penn (15-7-1 MMA, 11-7-1 UFC) looked visibly dejected and demoralized, but was able to come out and get a take down bringing the crowd to their feet in the process. The celebration was short lived as Penn took the back of Edgar, just to see Edgar slip out and make his way back to his feet to continue his attack for the remainder of the final round.

“B.J. really brought the best out in me,” said Edgar. “I knew he was going to come in tough again. It was close the first time, and I just wanted to make a point.”

Penn’s future is uncertain with his second consecutive loss at lightweight, as he pondered the question as to whether he will stay at 155 or move back up to welterweight.

“Frankie fought a great fight,” said Penn. “He fought me twice, and he walked away with a decision twice. What can I say?”

Randy Couture showed James Toney what MMA was all about, getting an easy single leg take down right out of the gate and moving to full mount within seconds of the start of their bout.

Couture put Toney against the cage and showed him what an arm-triangle feels like, and it looked like Toney might go out but he survived the initial submission attempt.

Once Couture re-applied the choke, and then moved to side mount it was just a matter of time, as Toney tapped out, ending the boxing vs. MMA debate… at least for now.

“I worked on that arm-triangle choke for more than a year,” said Couture. “It was nice to finally get it.”

Mario Miranda had said coming in to this bout, that he had a tremendous advantage in the standing game over Demian Maia. It turns out, that he did not.

It was Maia’s take downs that made the difference in the bout, as he took the fight to the mat on nearly every attempt with relative ease, and then displayed his world class jiu jitsu dominating Miranda on the ground.

Miranda defended the submission attempts of Maia throughout the bout, but was unable to mount any type of offense, constantly finding himself on the bottom with Maia on top of him.

When the fight was on the feet, Maia landed the more substantial strikes, and did damage with knees from the clinch, en route to a unanimous decision victory over Miranda.

Maynard grinds out decision over Florian, gets title shot

Kenny Florian knew coming in what the game plan of Gray Maynard would be. The problem is, he had no answer for it.

The usually aggressive Florian stayed tentative throughout the fight fearing the takedown prowess of “The Bully,” but it did not really matter as Maynard was able to score take downs during critical times in each of the three rounds en route to a unanimous decision victory over Florian.

Florian was unable to get off of his back once he found himself there, and never really threatened Maynard with submissions from his back other than an omoplata attempt late in the third.

The win gives Maynard (10-0 MMA, 8-0-1 UFC) a title shot against the defending and reigning UFC lightweight champion, Frankie Edgar, who defeated B.J. Penn in the main event. Maynard already holds a victory over Frankie Edgar, so Edgar’s second title defense will also be a rematch.

Everybody knows about Nate Diaz’s ground game, but it was his boxing that was impressive and dominating, as Diaz repeatedly beat Marcus Davis to the punch through the first two rounds, and deep into the third, before a fight ending guillotine was locked up, leaving Davis unconscious on the mat.

Davis had trouble with a huge gash that was opened up during the first round, by what appeared to be a clash of the heads. The doctor stepped in to have a look at the eye after the first round, but the cut got much worse in the later rounds as Diaz continued to land, with relentless and non-stop combinations of strikes.

Diaz’s pace proved too much for Davis, who had trouble with the reach advantage of Diaz. Diaz established his snapping jab early, and mixed it up with 5 and 6 punch combinations keeping Davis guessing throughout the bout, before taking the fight to the ground late in the final stanza.

Once the fight between Nate Diaz and Marcus Davis hit the ground, Diaz showed his world class grappling skills by slapping on a sleep-inducing guillotine choke on Davis with just over a minute to go in the final round.

The win is the second in a row for Diaz after his move up to welterweight, as he improves to 13-5 overall in MMA, and 8-3 in the Octagon.