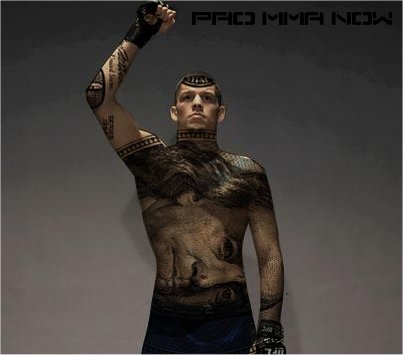 Diaz and Davis slugged their way to secure their “Fight of the Night” honors, while Lauzon picked up the “Submission of the Night” bonus with his destruction of Gabe “Godzilla” Ruediger.

There was no bonus handed out for “Knockout of the Night” tonight, as there were no KO victories.

Diaz and Davis slugged it out on the feet for most of their bout, while Davis fought off a gaping cut that bled nonstop into his eye after what appeared to be a clash of the heads between the two fighters in the first round.

Diaz poured it on after the first, employing his relentless pace, scoring with stinging jabs, while following up with flurries of multi-punch combinations throughout the bout, before taking the fight to the ground late in the final stanza.

Once there, Diaz locked up a tight guillotine, and it was all but over for Davis.

Davis proved that he would not quit, by refusing to tap and instead choosing to nap, going out and ending up unconscious on the mat from the choke within seconds.

Lauzon meanwhile, earned his “Submission of the Night” award after fiercely engaging and overwhelming Gabe Ruediger from the start.

Lauzon dismantled and dominated Ruediger, seamlessly transitioning from dominant positions, to submission attempts, to posturing and pounding on “Godzilla,” before finally locking up a fight ending armbar.