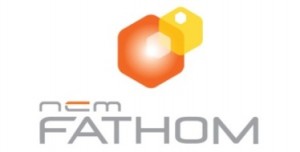 NCM Fathom and the UFC® Bring First UFC Fight to Ever Hit Boston to More than 360 Select Movie Theaters Live on Saturday, August 28

Centennial, Colo. – August 9, 2010 – Ultimate Fighting Championship® (UFC®) and NCM Fathom have once again joined forces to give fans the front-row treatment with the high-definition broadcast of UFC 118: Edgar vs. Penn 2 in 369 select movie theaters nationwide on Saturday, August 28 at 10:00 p.m. ET / 7:00 p.m. PT.  Broadcast live from the TD Garden in Boston, the much anticipated rematch between Frankie Edgar and BJ Penn will be the first-ever UFC event in Massachusetts.

UFC fans can catch all the action in their local theaters by purchasing tickets at www.FathomEvents.com and at presenting theater box offices. Visit the NCM Fathom website for a complete list of theater locations and prices (theaters and participants are subject to change). Fans who purchase four tickets to the in-theater event can receive a free TapouT t-shirt. Redemption details are available at www.ufc.com/4pack.

Theatergoers across the country will be part of history as mixed martial arts (MMA) comes to Massachusetts for the first time following a two-year effort by legislators to bring the sport to the Bay State. Signed into law in December 2009 by Gov. Deval Patrick, the regulation of MMA enables the UFC to bring a full schedule of exciting events to Massachusetts including UFC 118: Edgar vs. Penn 2.

“UFC 118, with the rematch between Frankie Edgar and BJ Penn, and UFC legend Randy Couture and three-time boxing champion James Toney, is going to look and sound amazing on the big screen in theaters,” said Dana White, UFC President.

The title fight is a rematch between Edgar and Penn, who last met in the Octagon at UFC 112 on April 10. That back-and-forth fight kept fans glued to their seats and ended with a razor-thin win by Edgar; Penn’s first loss in the 155-pound division since 2002. Despite controversy among fans and critics over the close scoring, Edgar walked away with the title as judges called the match 50-45, 48-47 and 49-46 in his favor. Given the near-even matchup and tremendous competitiveness of these two fighters, the rematch bout is shaping up to be one of the biggest fights of the year.

Also on this card, UFC Hall of Famer, Randy Couture goes toe-to-toe with boxing legend James Toney. The 41-year-old Toney makes his UFC debut against Couture who has been a mainstay of MMA for over a decade and has been a three-time former heavyweight champion and a two-time light-heavyweight champion, as well as a former US Olympic wrestling team alternate in his pre-MMA days. Toney got his start in boxing in 1988 and fought professionally until 2009, winning his way through Middleweight, Super Middleweight, Cruiserweight, and Heavyweight championship titles.

In addition to these two highly-anticipated fights, UFC 118 : Edgar vs. Penn 2 will also feature the battle between Kenny Florian and Gray Maynard. Boston hometown favorite Florian will pit his impressive 13-4 professional record against Maynard’s flawless 9-0 with the next top lightweight contender spot on the line.

“Fathom and UFC present another grouping of bone-crunching matches for the delight of hungry MMA fans this month with UFC 118 : Edgar vs. Penn 2,” said Dan Diamond, vice president of NCM Fathom. “If you can’t be ringside in Boston, be front-row center in your local movie theater for the ultimate UFC experience.”