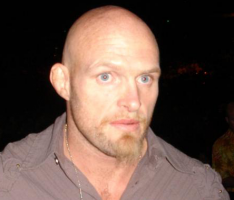 It was confirmed Thursday that 34-year-old light heavyweight Keith Jardine (14-9-1) has been released from his UFC contract following four straight losses inside the Octagon.

Jardine started his UFC career in 2005, when he competed as a heavyweight on the second season of Spike TV’s “The Ultimate Fighter.” He was eliminated in the semi-finals by his future training partner and close friend, Rashad Evans, who went on to become the season two “Ultimate Fighter”.

UFC President Dana White was quoted as saying about Jardine’s release, “It sucks. I have nothing but respect for him and hope to see him back soon.”

Jardine has been fighting professionally for nine years now. It will be interesting to see if he has the drive and ability to put together enough impressive wins to make it back to the big show.