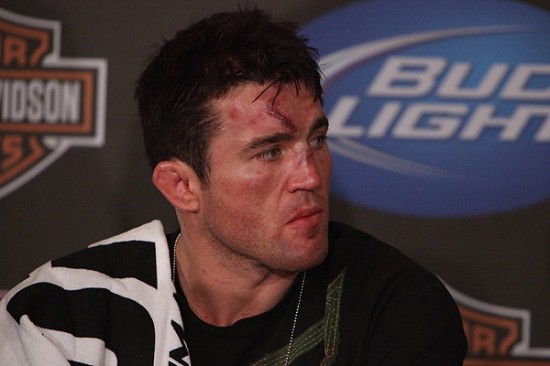 “In the best interests of my district, I am resigning from my campaign for the Oregon House of Representatives. A 2006 legal issue has arisen that needs my immediate attention. I am not at liberty to disclose the details, but my name was involved in a real estate case that requires a ruling. If the ruling is adverse, I would be disqualified from running for office until 2011. So, given that possibility, I have chosen to withdraw my name as a candidate in 2010. I will continue to contribute to my community and ensure that we have a capable candidate to run for my district in November.”

UFC’s number one middleweight contender Chael Sonnen has announced he is withdrawing from the Oregon state senate race. The report came from Fight! Magazine’s Brad McCray on Wednesday.

Although according to Sonnen he is tapping out due to a “2006 legal issue,” the MMA fighter/aspiring politician has been under heavy fire recently due to controversial statements that were posted on a Twitter account he once claimed as his own, www.twitter.com/sonnench.

Whatever Sonnen’s reasons for resigning, it has become pretty clear his trash talking persona is much better suited for hyping up a cage fight than gaining support for political office.

The 33-year-old Team Quest member is scheduled to face UFC Middleweight Champion Anderson Silva for the title on Aug. 7 at UFC 117 in Oakland.