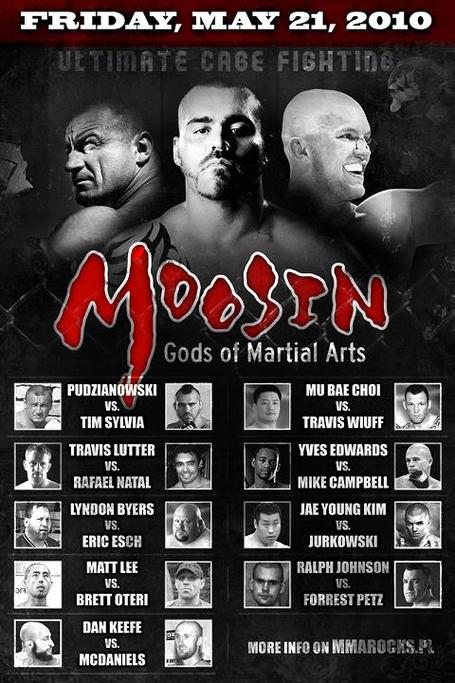 With the “Moosin: God of Martial Arts” event coming up quickly, Mu Bae Choi has been forced off the card for undisclosed reasons. Bellator veteran Josh Barnes will fill the void and face Travis Wiuff. The card goes down on May 21 at the DCU Center in Worcester, Mass.

MMAJunkie reported the news and confirmed the story with Wiuff’s manager Monte Cox.

Barnes is currently 5-4 as a professional. After losing his debut, he won four-straight fights. He then dropped three fights in a row. However, in January he got back on track with a TKO victory over Iggy Zambrano. In his highest profile contest, Dave Herman stopped him in the first round.

Wiuff is one of quintessential ironmen in MMA. His record currently stands at 60-14 after his career began in 2001. He has fought for a staggering number of promotions including the UFC, Pride FC and the IFL. In his most recent outing, he defeat fellow ironman Jeff Monson by split decision in April

2 thoughts on “Josh Barnes steps in to face Travis Wiuff at “Moosin: God of Martial Arts””