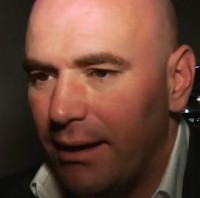 LAS VEGAS, Nev. – To help kick off this year’s UFC Fan Expo, the Ultimate Fighting Championship will host a “Dana White Look-Alike Contest”. White is the outspoken President of the world’s premiere professional mixed martial arts promotion and has become one of the most recognizable and controversial figures in sports today.

On Friday, May 28, at 12:00 p.m. PT, White will give a keynote speech on the main stage of the Mandalay Bay Convention Center in Las Vegas, Nev. Immediately following his speech, White will hold a Question and Answer session with the fans, followed by a “Dana White Look-Alike Contest”.

For true die-hard UFC fans, there is nothing like the UFC Fan Expo. Last year was the company’s first year holding the Expo and it was an enormous success. This year they want to take things up a notch. White commented on the upcoming Expo and the contest,

“We’ve added even more cool stuff to this year’s UFC Fan Expo. Our goal was to make this Expo even bigger and better, and give our fans an experience that is second-to-none in the sports world. I’m pretty interested to see the look-alikes that show up. Between that and the Q&A, it should be a fun way to kick off this year’s event.”

Here are a few celebrities who may resemble Dana White in one way or another. In your opinion, if the following celebrities entered the “Dana White Look-Alike Contest” who would win?