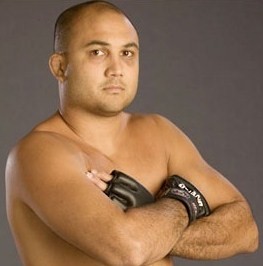 HAWAII – According to B.J. Penn, the UFC has contacted him about a rematch against Frankie Edgar for the UFC Lightweight Title. Penn said things are only tentative at this point. However, at least it gives the fans an indication which way the UFC brass is leaning.

Rematches do not generally take place when there is a clear cut winner; case in point: Shogun vs. Machida. Machida defended his title by decision according to the judges, but it was so close, they will do it a second time on May 8.

This is something the UFC is doing right. If the judging system can not be restructured right away, at least they can do the fight over until there is a definite winner. That is one way to deal with a currently imperfect judging system.

UFC President Dana White has always said he wants to put on the fights the fans want to see. And if White is anything, he is in tune with his fans. It would not be easy for the UFC to promote Edgar as the new champion without a more decisive victory.

It is doubtful there will be many fans not in support of a rematch. Although Edgar was given the unanimous decision by the judges in Abu Dhabi, much of the well-known and respected MMA media had actually scored the fight as a win for Penn.

Hopefully the fight does not go the distance for a second time. That would be a worst case scenario for sure.

One ProMMAnow.com reader had an idea on how to fix the judging discrepancy that is going on in the MMA world. “David” said,

How about this for a quick fix. No judges and no rounds. Either tap out, get knocked out, verbally quit, or throw in the towel. Then there would be no question.

We all know that is not going to happen, but until the athletic commissions and powers that be put together something other than a bastardized version of a ten-point must system designed for boxing, then rematches for close call title fights will be (and probably should be) a mainstay.