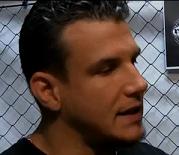 Mir said he focused so much on wrestling and stopping the takedown during training, that during the fight after he survived a takedown attempt by Carwin, he felt so pleased with himself that he let his guard down and forgot he could get hit. It was then Carwin pushed him against the cage, tagged Mir with those 5XL fists, dropped him, and followed up with punches to end the fight.

Mir also talks about who he may fight next and says it will most likely be someone else who is coming off a loss. He also discusses the extra muscle and weight he has put on, and it seems he may be having second thoughts about all that after the outcome of his fight with Carwin.

Be sure to check out ProMMAnow.com‘s recent interview with Shane Carwin as he talks about where his enormous punching power comes from.