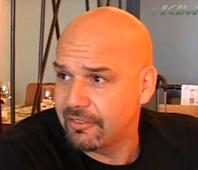 Ed Soares, the manager of UFC Middleweight Champion Anderson Silva, shares his thoughts on his fighter’s main event performance against Demian Maia at UFC 112 in Abu Dhabi. Soares said Anderson told him after the fight that he tried to finish Maia but he could not find his distance.

Soares also said he  re-watched the fight, and he didn’t think it was as bad as he thought when he first saw it live at ring side. According to Soares, he and Silva had a talk with UFC President Dana White after the fight and “everything is fine.” However, White recently stated that Anderson Silva may be the first UFC Champion ever to fight on a preliminary card.