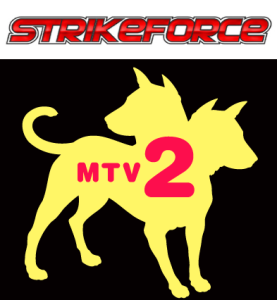 WHAT: Count down the week’s top music videos on “Rock N Jock” on MTV2.

Tune in this Saturday to hear what it’s like to fight at the Playboy Mansion, get training and fighting tips from some of the sport’s best, meet the beautiful STRIKEFORCE ring girls and see Mayhem’s personal music video pick.

The MMA stars will also give insight into what it’s like to fight a close friend in the cage, tips on how to survive a bar fight and how to stay in top shape to fight at the highest level.