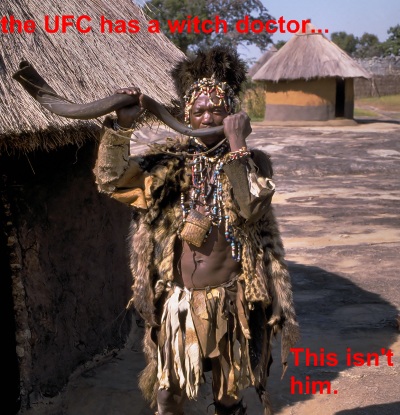 If you have been around the MMA scene for awhile, chances are you have heard Dana White or a few select fighters talk about “The Witch Doctor”. Well, his real name is Steve Friend and he is one interesting cat. FOX Fight Game’s Mike Straka talks with The Doctor about how he met White for the first time, and The Doctor reveals some of the philosophies behind his treatments. The Doctor names three UFC fighters in particular he feels has a special energy about them. He explains what they all have in common, and also talks about the power of “gentleness”.

Kru Phil Nurse and Big Dan Miragliotta are also guests on the show. Phil Nurse talks about working with the very talented Jon “Bones” Jones, and what the future may hold for the rising UFC light heavyweight prospect.