WrestleMania 32 is in the books and we’re back with Monday Night Raw from Dallas and all the fallout. We’ll have live updates and video highlights of all the action. 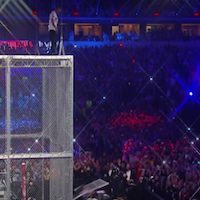 Shane McMahon faced The Undertaker Sunday night at WrestleMania 32 in a Hell in a Cell match and stole the show with this insane bump off the top of the cage.

Welcome to PMN’s live coverage of Monday Night Raw for March 3, 2016. Here’s a few things we might learn tonight (per WWE.com): Who is the true authority in WrestleMania’s main event? To what extremes will Ambrose go to slay The Beast? Are we approaching The Undertaker’s final WrestleMania? Will Jericho accept Styles’ challenge? How … Read more 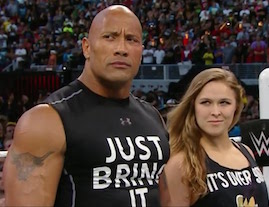 WWE Hall of Fame announcer Jim Ross shared his thoughts on UFC women’s bantamweight champion and megastar Ronda Rousey saying she wants to become WWE Divas champion. In a new blog post over at jrsbarbq.com, Ross writes: “Ronda Rousey and her camp, influenced by The Rock, are strategic in their thinking. Rousey has a huge payday … Read more