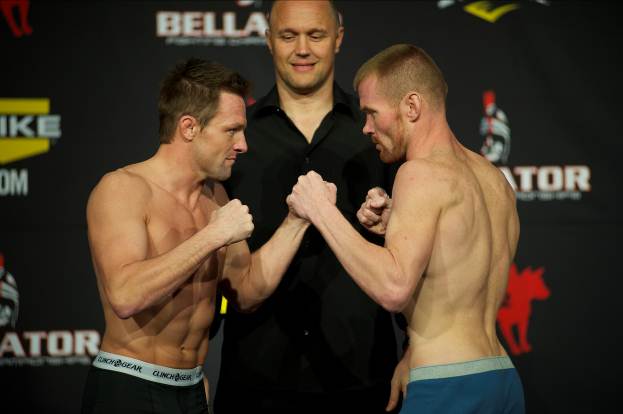 Bellator 80 weigh-ins have been completed from Hollywood, Florida in preparation for Bellator’s Friday night event at The Seminole Hard Rock Hotel & Casino. 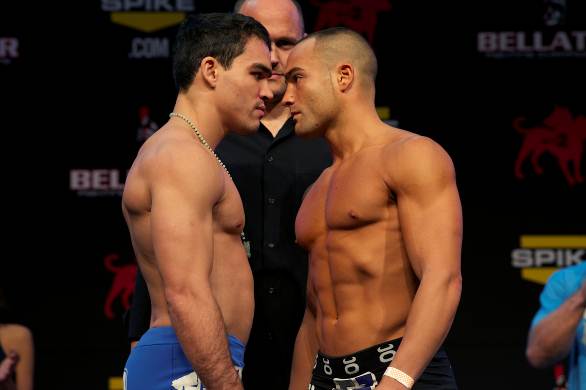 The Bellator 76 weigh-ins were completed today in Windsor, Ontario in preparation for Bellator’s Friday night event at The Colosseum at Caesars Windsor. Eddie Alvarez vs. Patricky Pitbull will headline in a Featherweight Feature Fight.

A new chapter in the career of Urijah Faber just started with a bang. “The California Kid” in his debut at bantamweight, wasted little time in showing that he is still one of the best in the world.

The ProMMAnow.com staff has come together to share our thoughts and predictions on each WEC 52 fight which takes place Thursday and is headlined by Urijah Faber moving down to bantamweight to face Takeya Mizugaki.

On Monday, World Extreme Cagefighting confirmed the remaining bouts for “WEC 52: Faber vs. Mizugaki” scheduled for Nov. 11 at the Pearl at the Palms in Las Vegas, Nev.

“The Ultimate Fighter” 5 runner up, Manny Gamburyan will be leaving the UFC, and heading to the talent rich 145 lb. division of the WEC. This isn’t the first time that talk of a move to 145 for Manny has been reported.

Following Gamburyan’s bout with Rob Emerson at UFC 87, the UFC brass suggested that Manny take the step down to featherweight and join the ranks of top contenders in the WEC. Manny stayed put at the time, but following his latest set back in his fight against Thiago Tavares, he finally made the decision to drop from the lightweight division in the UFC to the featherweight division in the WEC.

Gamburyan will go from being a small lightweight, to one of the bigger and stronger 145’ers, joining the ever expanding featherweight division in the WEC. With the emergence of Mike Brown, and with former champ Urijah Faber, Waggney Fabiano, Leonard Garcia, and an exciting young fighter like Jose Aldo; the match ups are nearly endless.

Matt De La Rosa, “Fast Eddie” Constantine and Denny “The Mad One” Hodge were on hand for THE INFO’s debut post show for WEC 37: Torres vs Tapia. The guys broke down the televised card from top to bottom and discussed many of the night’s hot topics. Where will Manny Tapia go from here? Who … Read more

Joseph Benavidez vs. Danny Martinez (BW)
Rd.1 – Martinez looks to get the fight down but Benavidez stuffs it. Benavidez lands a nice left to the face followed by a front kick to the chin. Benavidez throwing nice combinations. Right roundhouse kick to the body by Benavidez. Martinez gets Benavidez down but he bounces back up. Benavidez’s style is very reminiscent of Faber, whom he trains with. Nice judo throw by Benavidez and has Martinez in a headlock from side control as the bell sounds. Great round for Benavidez who was called the “Breakout Star of 2009” recently by Big John McCarthy on Inside MMA.
Rd.2 – Benavidez continues to push the pace and his striking looks good. His stand up looks very similar to the way Faber fights. Nothing very significant lands for either fighter in this round but Benavidez clearly has the edge due to keeping the pressure on and controlling the bout.