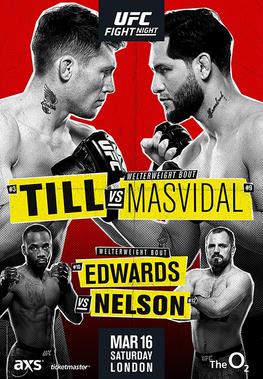 It’s a big weekend for UFC fans, particularly those that live in England. UFC Fight Night London takes place on Saturday March 16 with Darren Till topping the card with a welterweight bout against Jorge Masvidal. Your enjoyment of the event can be made even better if you place some bets on the fights that … Read more

UFC officials have announced several fights for the upcoming UFC Fight Night London event that’s set for February 27 at the O2 Arena. Tickets for the event go on sale Friday, December 4th. Michael Bisping (27-7) will fight on home soil for the first time since 2010 as he takes on Gegard Mousasi. Bisping is … Read more