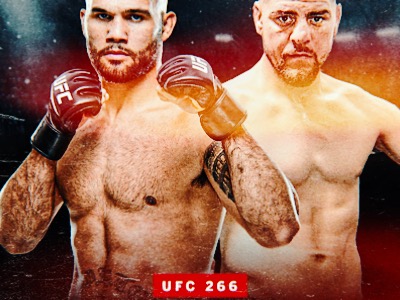 Finally! The long awaited rematch from UFC 47 is happening at UFC 266. After 219 pay per views Nick Diaz will give Robbie Lawler his rematch. The pair faced each other in April of 2004 in an exciting fight that showed the world that Nick Diaz could stand with the best strikers. He ended up … Read more

It’s time for another edition of Historic MMA Fights. This match took place at UFC 47 in April of 2004.  It was Nick Diaz’s second fight in the UFC and he was coming off a win over Jeremy Jackson.  It was Robbie Lawler’s sixth UFC fight and he had won all his previous UFC bouts except one, which he lost to Pete Spratt when he suffered an injury.  Lawler was starting to be considered as one of the legit contenders.  Then enters the brash, Stockton native who was not intimidated by Lawler’s power and stood toe to toe with him and what happened next was nothing short of spectacular.  Watch as the cocky Diaz starts taunting Lawler.  This fight was only going to end one way; with one man left standing.