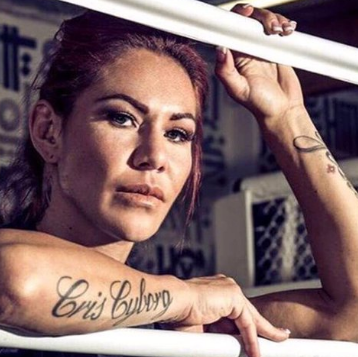 GRRRL Clothing had entered into a 12-month sponsorship deal with women’s 145-pound queen Cris Cyborg. Part of the deal was to cover a personal appearance by Cris at the apparel company’s live event which took place during, but not in connection with, the UFC Fighter Retreat in Las Vegas last month. Cris made her appearance and … Read more

If you watched Saturday’s UFC Berlin event you might have noticed something a little different about the Octagon. There were no sponsor logos on the mat. An observant Tweeter asked the UFC boss about it: @erikmagraken Germany’s canvas got sent to Brazil. #someonefuckedupBIG — Dana White (@danawhite) May 31, 2014 Damn! Although the entire fight … Read more

After a short running partnership with FullTilt Poker, the UFC has officially banned FullTilt as a sponsor. The ban will include any and all mention of FullTilt, on signage as well as fighter apparel.

Many thought this was due to the long debated illegality of online poker and/or the competition online gambling sites pose to traditional “brick and mortar” Casinos. Neither seems to be the case for the recent ban, rather a less conscience laden reason is the cause.

The Ultimate Fighting Championship, as well as multiple fighters, have now teamed up with UltimateBet for “UFC 97: Redemption”. Ultimate Bet, one of the largest online gambling networks, will be sponsoring the UFC promotion itself, as well as  Chuck Liddell, Mauricio Rua, Thales Leites, Anderson Silva, Krzystof Soszynski, Eliot Marshall, and Antoni Hardonk for UFC 97.

Chess Game Fight Gear (www.chessgamefightgear.com), an official sponsor of PRO MMA (promma.info) will be appearing in the upcoming issue of Tapout Magazine (issue 30).

Keep an eye out for the ad which will feature the resident Chess Game hottie decked out in one of their slick T-shirts as well as Chess Game Fight Gear sponsored fighter Chuck O’Neil. The issue hits stands April 24th.

Chuck is part of Team Lauzon and trains regularly with brothers Joe and Dan Lauzon. Chuck O’Neil is also the Reality Fighting Welterweight Champion and will be defending his title on May 2nd in Plymouth, MA.

PRO MMA (promma.info) obtained the following information today concerning Ford Motor Company and their first-ever MMA alliance as they have reached and exclusive sponsorship agreement with Bellator Fighting Championships and ESPN Deportes. Ford’s involvement in MMA should be seen as a milestone in the sport’s progress toward mainstream acceptance.

It is well known amongst the MMA community that all Affliction brand apparel has been banned from UFC events. This means that no UFC fighter can wear clothing with the Affliction name showing.

One of the UFC video editors must have been asleep at the keyboard when putting together the UFC 94 promo spots for Saturday night. During Karo Parisyan’s intro they were showing various clips of him when a full size shot from the front showed Karo in the Octagon after a fight making a fist for the camera while wearing his signature Affliction T-Shirt for the world to see.