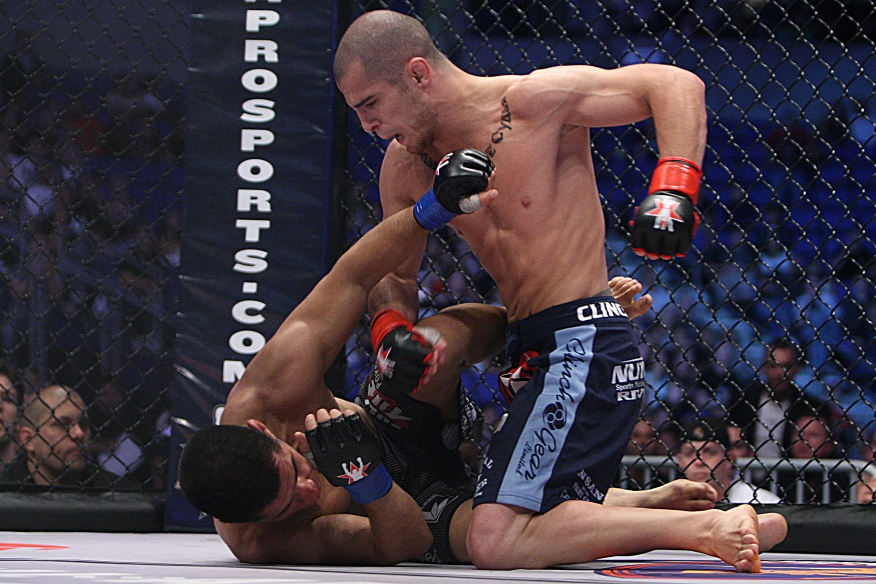 WSOF featherweight champion Georgi Karakhanyan discusses his dislike with Sherdog for the UFC’s great Irish hype Connor McGregor. “As far as that Irish kid, he sucks. He hasn’t fought anybody … and he’s calling out all these guys. I feel like he’s disrespecting a lot of fighters. Honestly, if I see him on the … Read more

Tachi Palace Fights promoter Jeremy Luchau talks about fight night in Lemoore this past weekend and having to deal with such issues as the live stream, road construction causing key people to show up late and… bikinis.

Three athletes who recently completed the EA SPORTS MMA and Sherdog.com fighter exchange training program will be on the “Henderson vs. Babalu” undercard on Dec. 4.

Dana White is not happy with another MMA reporter from Sherdog. Sound familiar? This time it’s Jake Rossen. Rossen disagreed with White’s prediction of how big the UFC and MMA will be within the next decade. This did not sit well with the man who has devoted his life to making it flourish. Oh yeah… … Read more

Sherdog.com is reporting that Muhammed “King Mo” Lawal has signed a multi-fight deal with Strikeforce and could fight for the organization as early as December.

PROMMA.INFO has unsuccessfully attempted to contact Lawal and his manager to confirm the news.

According to the report, the deal allows Lawal to continue competing in Japan where the majority of his fights have taken place thus far. Beginning at Sengoku 5 in Sept. 2008, Lawal has four straight wins within the World Victory Road organization.

On May 23rd Sean Sherk lost a unanimous decision to Frankie Edgar at UFC 98 in what was definitely the upset of the night. The BetUS.com odds going into the fight had Sherk at -300 and Edgar at +200. Even a perplexed UFC President Dana White said after the bout he had not foreseen any way Edgar could win.

Maybe surprised most of all was the former UFC Lightweight Champion himself, who following the judges’ ruling, ran out of the Octagon and the MGM Grand Garden Arena shirtless and still donning his fight shorts and gloves. Reports stated Sherk was running down the street into the Vegas night and at one point was seen approximately a half mile from the arena where the fights were being held.

Most everyone has heard about Dana White’s recent video blog in which he lashed out at Sherdog reporter Loretta Hunt. And most long time MMA fans know at least partially about the beef Dana and Sherdog have seemingly had for some time now. Only recently however, have both sides been willing to come out and … Read more

On Wednesday, April 15th, UFC President Dana White made an appearance on “Off the Record,” on the Canadian English language cable channel TSN (The Sports Network). The show’s host, Michael Landsberg, is known for asking very confrontational and to the point questions. He pulls no punches during the interview and of course, Dana White pulls … Read more

All I can say is I hope we never piss of the UFC President this much… White later apologized to the gay community for some of his language in this video. We had a video of the apology but it was removed from Youtube.